Michael grew up in Brampton Ontario, where he attended high school, before receiving his B.A. in Economics from the University of Western Ontario. He then attended law school at the University of Pittsburgh, where he worked in the Health Law Clinic and the Low Income Tax Clinic. While in Pittsburgh, he began working at a large litigation boutique, on matters ranging from complex class actions to medical malpractice to personal injury cases. Upon graduation, he moved to Florida, and was admitted to the Florida bar in 2006.

In Florida, he worked at a prominent litigation firm outside of Orlando, primarily in the areas of commercial litigation, professional malpractice, insurance and personal injury. He gained significant trial experience and a reputation as a tough and tenacious advocate, handling matters at arbitration, trial and on appeal. Within several years, he was representing prominent local businesses, doctors and other respected members of the community. Contemporaneously, he was recognized by his peers and achieved the coveted “Peer Reviewed” rating from Martindale Hubbell, a widely respected mark of achievement in the legal profession.

Since 2012, he has practiced in Ontario, where his practice has continued to be largely business and commercial litigation based. In that time, he has represented clients before the Superior Court of Justice, Divisional Court, Criminal Injuries Compensation Board, Financial Services Commission of Ontario and Small Claims Court. He commonly represents mid-sized businesses, tech startups and private equity firms in complex litigation, often against some of Canada’s largest firms. He has also represented lawyers in disciplinary proceedings before the Law Society of Ontario. Michael has successfully handled cases ranging into the millions of dollars. Prior to starting his own firm (Michael’s Law Firm), he was litigation counsel for one of Toronto’s largest injury firms.

In handling cases, his goal is to get his clients the best possible outcome in the circumstances. This means that he develops his cases as though they are going to trial, and takes a hard nosed approach with opposing counsel. Most of his cases still settle, but on better terms for his clients.

When not at the office (or programming), he is often busy competing at sports. Michael plays hockey and squash several times weekly. In the summers he bikes, and in the winters he ski. In everything, he pushes himself to his limits.

Extracted a plaintiff from a case on an adverse summary judgment, at hearing, on a without costs basis. Savo et al. v. Moursalien, 2016 ONSC 4677 (unreported).

Elected to the Board of Directors (Convocation) of the Law Society of Ontario as a Board Member (Bencher). Also a panelist (adjudicator) at the Law Society Tribunal, and author of the following decisions:

Anar graduated from the University of Toronto at Scarborough with a double major in Biology and Sociology.  She attended law school at the University of Leicester and was called to the Ontario Bar in 2014.  Anar’s practice focuses on regulatory and compliance matters; licensing; Provincial Act offences; Wills and Estates, and civil litigation.  She has appeared before the License Appeal Tribunal, Small Claims Court, Superior Court of Justice, and Provincial Offences Court. She may be reached at anar@michaelsfirm.ca. 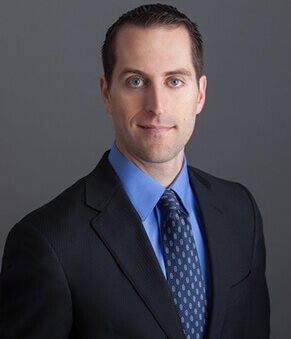