How Does the Ontario Court System Measure Up?

Prior to Covid, the Ministry of the Attorney General put little time or effort into measuring the performance of the Ontario court system. Objectively, it was apparent that it was greatly underperforming its peers, but its 2018 Self-Assessment Survey instead focused upon other “metrics” such as whether cassette tapes were being labelled upon receipt. Though the Ontario court system scored itself very highly, as indicated below, the World Bank entirely disagreed. 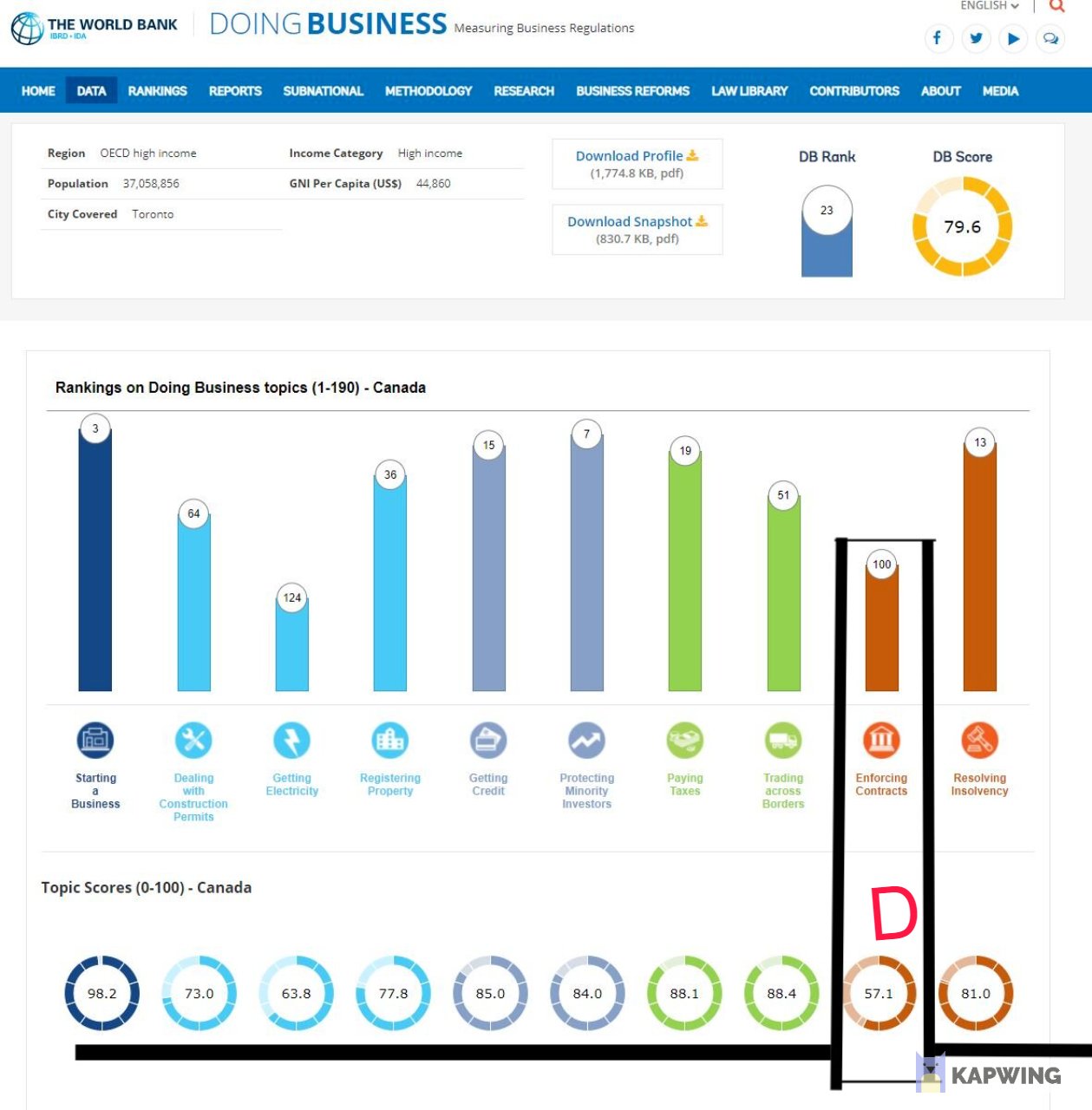 It should be noted that the World Bank statistics likely overstate the performance of the Ontario court system, as they are limited to the enforcement of contracts, which may be dealt with summarily or placed upon the commercial list (with performance for other types of cases, such as personal injury or family law being much worse).

The below chart illustrates the time required to enforce a contract in Ontario versus peer jurisdictions within the G7. While Ontario outperforms Italy, we fall well below the G7 average. 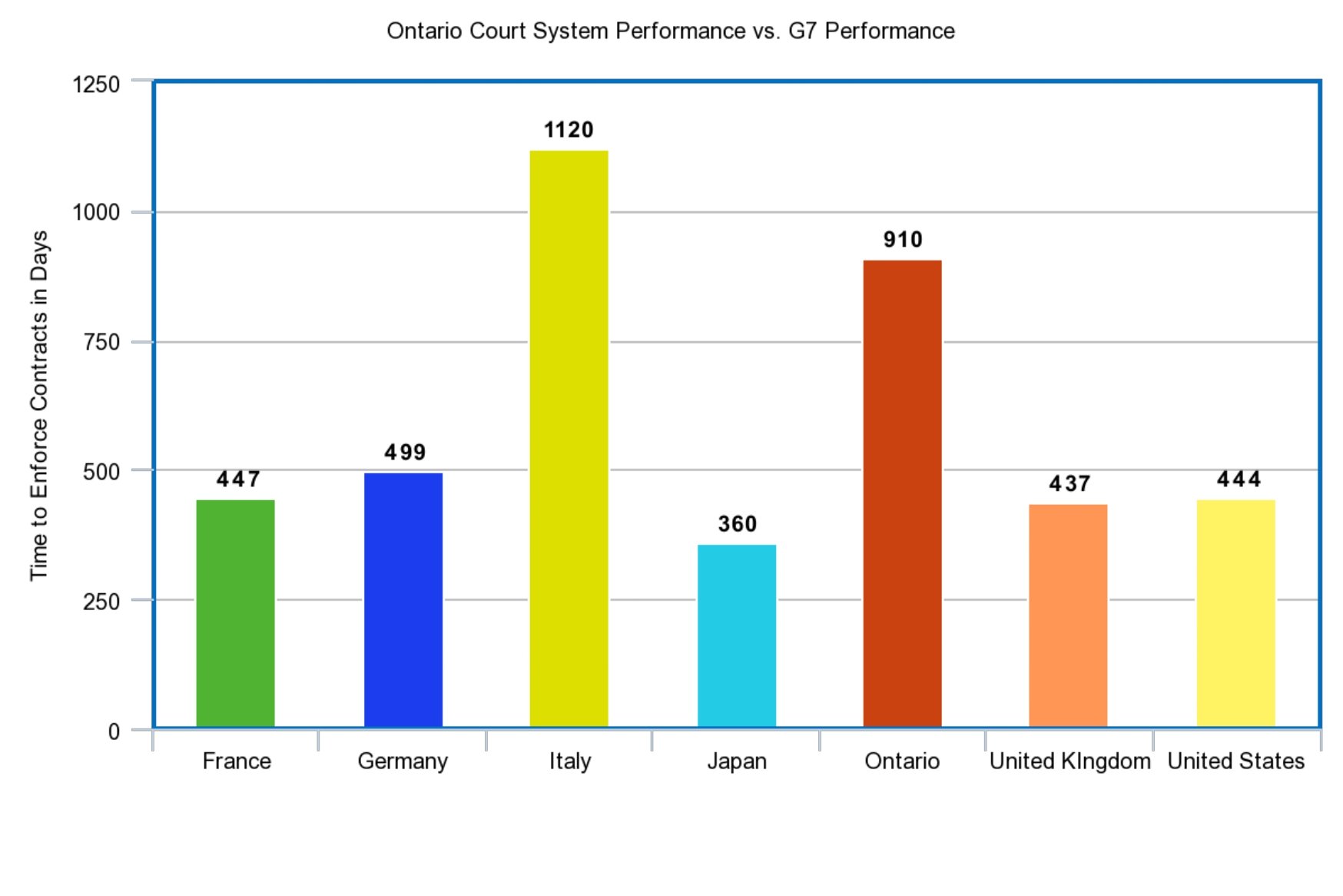 The below chart indicates how the Ontario court system performs against its peers within the G7 along with the relative World Bank ranking of each jurisdiction.

Comparator Countries According to the World Bank

The below chart illustrate the time required to enforce a contract in Ontario versus peer jurisdictions from the World Bank ranking. Note the substantial performance gap Ontario exhibits with each developing country. 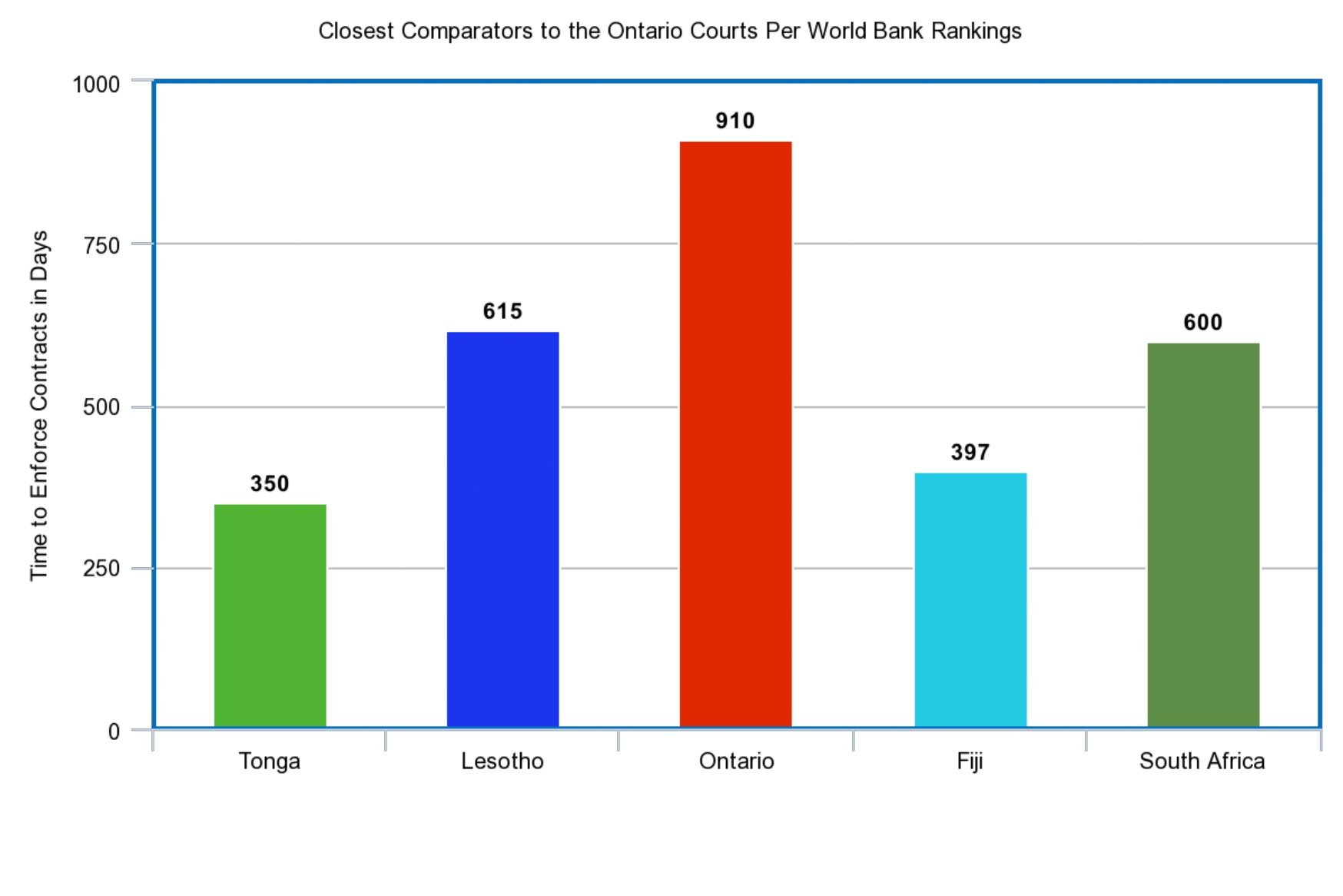 The World Bank ranked the performance of all countries in its survey. Canada (Ontario) finished 100th, slightly ahead of South Africa, and slightly behind Tongo. Interestingly, Ontario has a much higher income per capita than the developing countries, who apparently, are our legal peers. Likewise, the courts in each “peer country” operate substantially faster than in Ontario, as indicated below.

The below chart extracts the performance data of the OECD high-income countries from the World Bank statistics, sorted by the number of days to enforce a contract. Again, Ontario performs well below average. The quality of our Judicial procedures lags countries such as Greece, Slovenia and Turkey and falls well short of our G7 peers such as the US or UK.